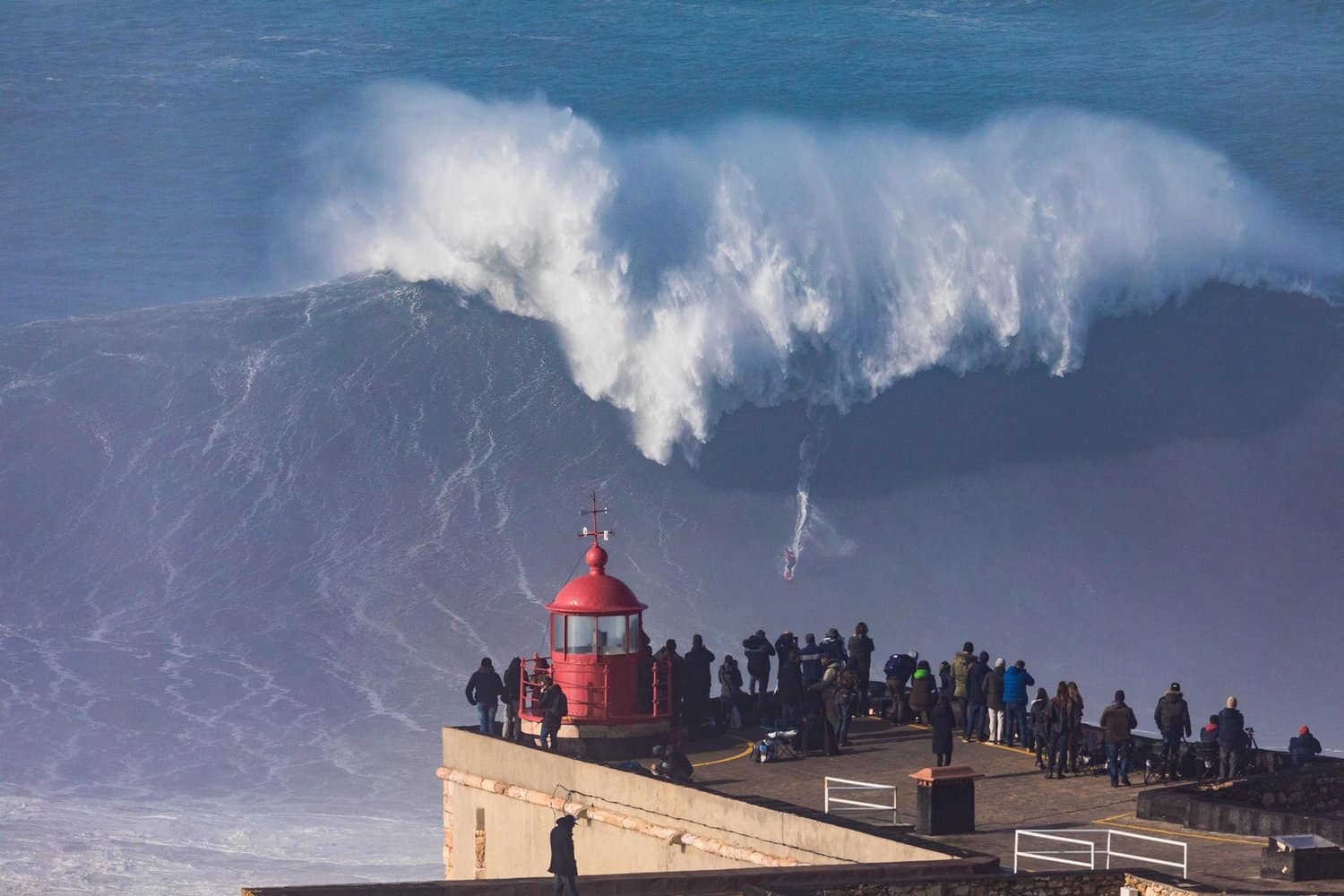 Commercial airplane pilot Salvador Villas-Boas escaped a ghastly fate after attempting to ride a monster wave at Nazare and had to be rescued on jet-ski after crashing under the water.

The 51-year-old was in Praia do Norte in Nazare, Portugal in February and attempted to take on one of the best surfing hotspots in Europe before a swell hit.

Footage released by videographer Pedro Miranda shows Villas-Boas crash into the water at 50 miles per hour near a rocky section of the beach. Fortunately for him, jet ski rescuer Ramon Laureano was on hand to just about pull the pilot out of harm’s way before another major wave could hit.