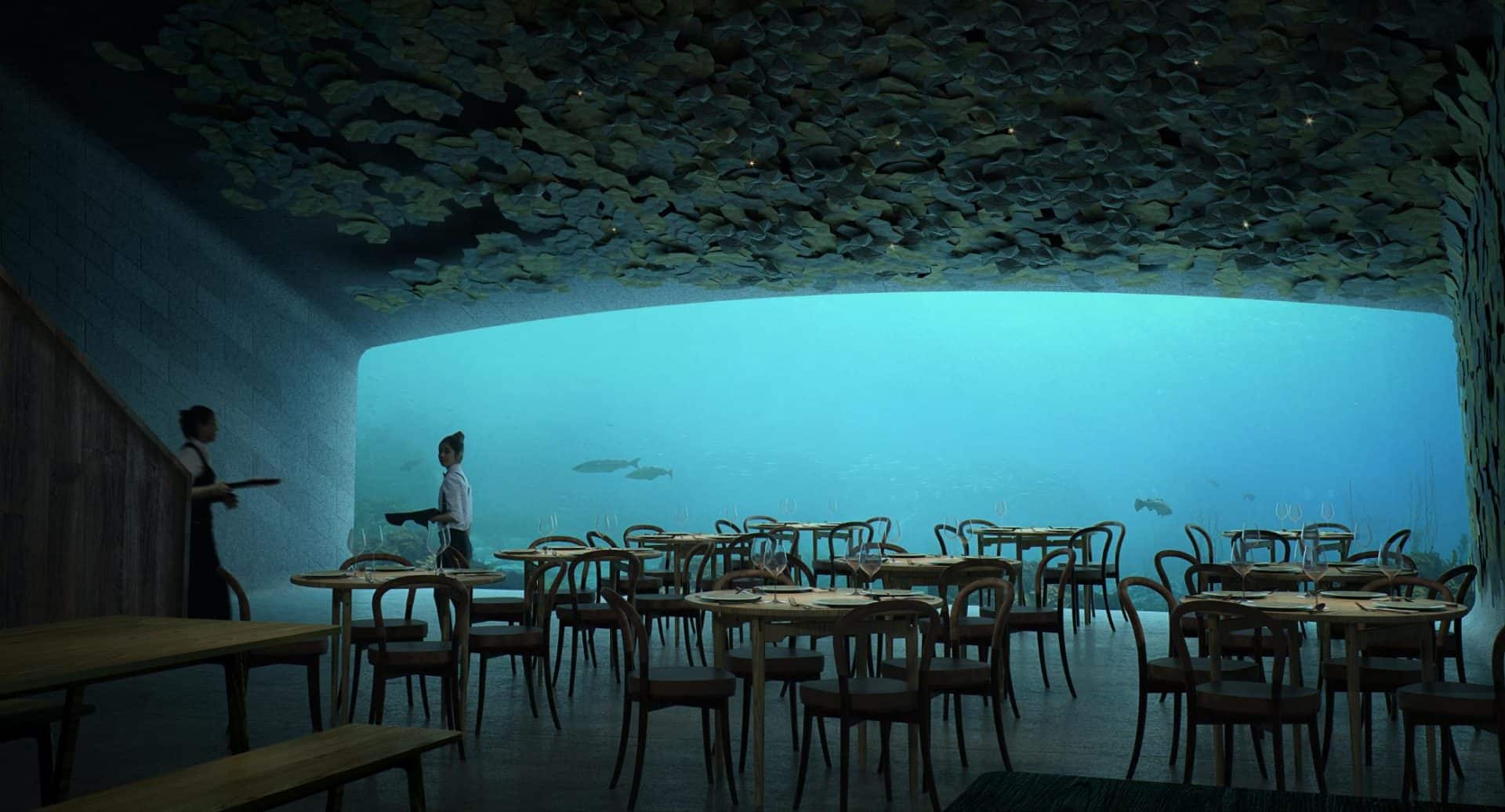 Footage has been released showing the construction and submersion of Under, a newly opened restaurant off the coast of Baly, Norway, that is the biggest of its kind.

Under was formed and built on a barge just 20 metres from its final site, and De Zeen recently published a time-lapse video of the final day of the process, which was undertaken by Norwegian architectural firm Snohetta.

Restauranteurs can take in the watery sights as they dine, although the location also doubles as a research facility for marine biologists out of hours.

Snohetta said of the project: “In order to ensure a proper connection to the bolts on the concrete slab the construction team filled the structure with water to make it sink. After ensuring that all bolts were fully tightened, the water was drained away, allowing the interior work to begin.”