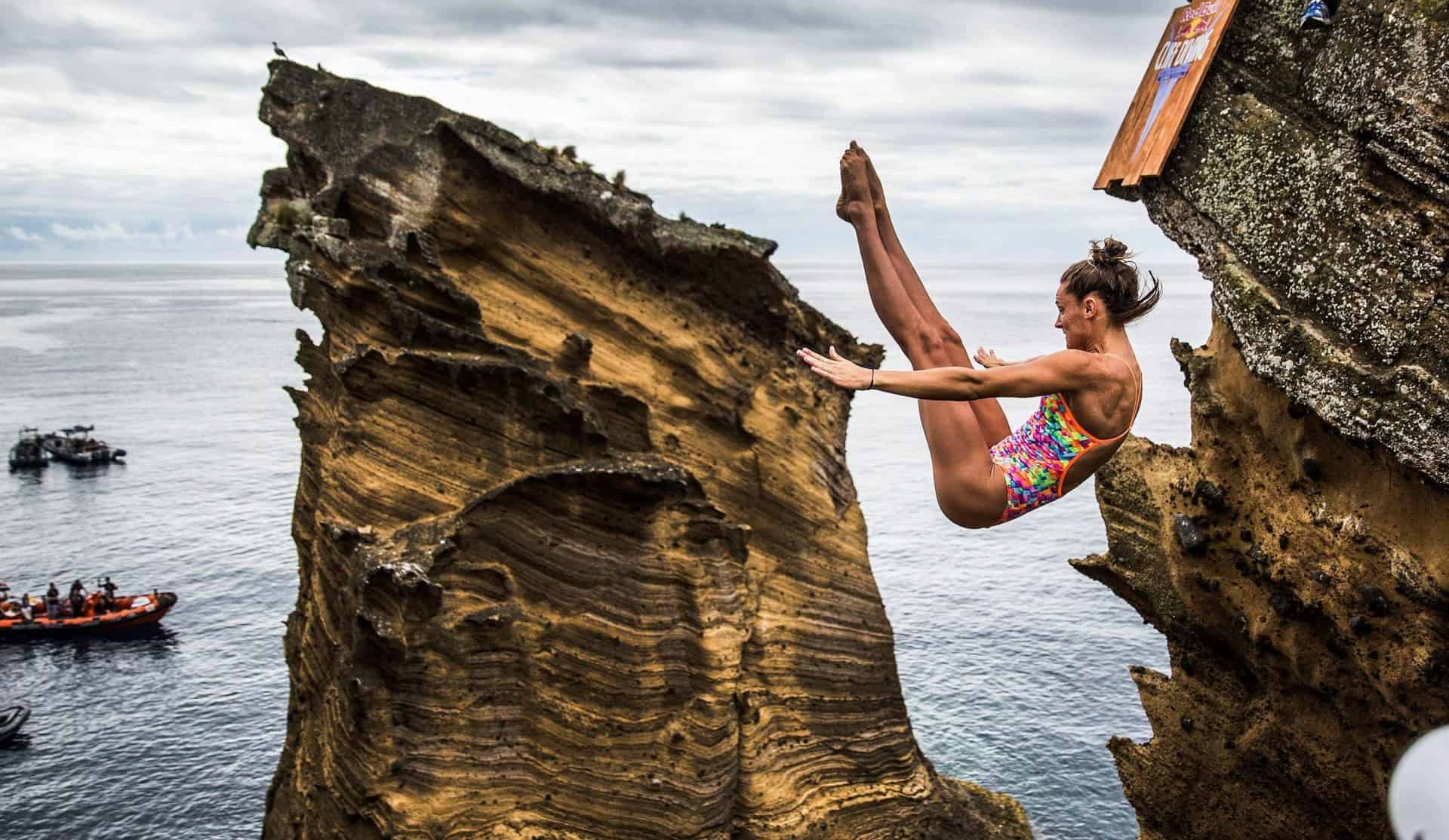 The 2019 Red Bull Cliff Diving World Series launched on April 13th at a new setting in the Philippines with the seven-stop season culminating at the Bilbao finale, where a backdrop of the world-famous Guggenheim Museum produces a breathtaking occasion for the fans.

The 11th edition of the world’s most iconic diving competition promises to be the best yet with three new stops to reward fans around the globe. Along with the April 13th season opener off the steep karst cliffs of El Nido on Palawan Island, there will be a fan friendly May 12th stop at the Grand Canal Dock in Ireland’s capital of Dublin and an exciting Middle East debut off picturesque Pigeon Rocks for Lebanon’s beautiful capital Beirut on July 14th.

Outside of that, World Series location favourites Polignano a Mare/Italy (June 2nd), São Miguel/Azores/Portugal (June 22nd), Mostar/Bosnia and Herzegovina (August 24th) and Bilbao/Spain (September 14th) return for the 2019 calendar that sees 18 nationalities represented off the two platforms with the women joining the men for all seven stops.

Dropping down to wildcard status are Italy’s Alessandro De Rose and Colombian legend Orlando Duque, who will be absent from the permanent line-up for the first time in history.

At every stop in 2019, the 10 permanent men and six permanent women will be joined by four wildcards in each category to give fans plenty to cheer about.

The new permanent men divers are Popovici and Prygorov. Popovici is a former Olympic diver, who will also continue his quest to qualify for Tokyo 2020, while Prygorov qualified at the FINA High Diving World Cup in Abu Dhabi last November by finishing in third place.

The new permanent women divers are Macaulay and Smart. Macaulay, who works as a high diver on a cruise ship, was the surprise package of the 2018 season opener after securing the first ever podium for a female British diver in only her second appearance. Smart will be the youngest permanent diver on the tour in 2019, having qualified in Abu Dhabi as well.

Two days of competition with permanent and wildcard divers at each stop sees the divers score wins, podiums, places and points that help them in the overall standings. They must nominate one different dive before each of the four rounds with the different levels of difficulty based on a combination of multiple twists and somersaults. The men jump from 27 metres and women 21 metres with a take-off jump up to 0.8m and a rotation speed of 2.4 per second at 11Gs. The vertical velocity measures 22.5m per second with just 2.6 seconds in the air leading into a water entry up to 85 km/h. The impact deceleration is a powerful 10Gs on the diver’s bodies through 0.3 seconds with an immersion of five metres into the water.

To try and master these dives ahead of each event, you have to see the dive in your head and start in a pool off 3,5,7 or 10-metre platforms to practice the three basic elements of take-off, flight and entry. Each diver must work on specific movements before putting it all together. It is very scary to begin with but, once a new dive has been executed, the nerves start to fade.

Hunt has competed at every men’s stop since 2009 with the first ever champion Duque and Navratil joining him as the most experienced competitors, while Jiménez has starred at every women’s stop since 2014. The youngest competitor was Welsh diver Aidan Heslop aged just 16 at the 2018 finale in Italy and Colombian Maria Paula Quintero Torres at 17. There have been 13 different men’s winners and five women’s winners. Navratil got his first win after 53 attempts in Wales with over 1.5 million spectators witnessing the first 10 years of diving.

In 2018, history was made when Hunt earned the hundredth perfect score of 10 in the history of the sport in Copenhagen harbour which is no mean feat considering there have been nearly 4,000 individual dives and 20,000 scorecards handed out in that time.

Hunt conquered a mental block concerned with twisting in the air to reclaim his crown in 2018, therefore you would be hard pressed to bet against him winning an amazing eighth crown this season. However, the form showed by American LoBue last season and the consistent excellence of 2017 winner Paredes across his years competing mean that he will not have it all his own way. Kolanus, Navratil and Colturi also have enough in their locker to nick wins into the bargain. In terms of the women, Iffland starts favourite again to make it four in a row but Jimenez, Richard and Macaulay are likely to push her all the way.

Unfortunately, there are no odds available for Red Bull Cliff Diving World Series 2019 betting. However, it is worth checking bookmakers such as Unibet and Ladbrokes as they have some water sports betting markets available.

Where to watch TV Stream